This is part one of the Pulse student devotional for the series “Fighting FOMO.” Click here for the entire series.

We all want to be popular. If your first response is “not me,” then:

Think about how often you check social media, ask people to follow you on Snapchat, or go to a party you don’t really want to go to but you’re afraid to NOT be seen there. And if you have that app that tells you when people stop following you—you care.

Everyone wants to fit in somewhere. We all have a desire to be loved, to be included…to be “in.” No one wants to be on the outside, looking in from the edges. But let’s be honest, fighting to stay “in” is exhausting. One wrong move and you’re gone. Bye, Felicia!

If fighting to fit in has you exhausted, you need to learn two things:

1. The fight for popularity will make you fake.

Luke 9:25 says that as we fight to gain in this world—popularity included—we will lose ourselves. Does fitting in really count if no one knows the real you?

2. Jesus fought for the real you.

Romans 5:8 tells us that while we were still sinners, God sent His Son, Jesus, for us. Jesus saw us on the edge, trying to get in and helpless to actually do anything about it. He invited people in who had only ever known the edge—partiers, fishermen, prostitutes, drunks. There is nothing we have to change or become in order for him to love us. He comes out to the edge to get us, just as we are.

Listen, being in a group is great! Friendship is awesome. There’s nothing wrong with being known. Jesus just wants to show you what that truly means. Take a look around—there are people out on the edge with you. Y’all start hanging out. Be real. Be you. And don’t be surprised when people want to start coming out there with you.

To be notified when devotions for this series are posted, text “RELEVANTPULSE FOMO” TO 55469.

Adam is passionate about loving and pursuing Jesus, his wife Brandy, and impactful opportunities. From the fall of 2014 to the summer of 2016, Adam & Brandy led the student ministry at Relevant Church, as they learned and prepared to plant a church in their home city of Roanoke, Virginia, in 2017. Adam and Brandy have one son. They also love their dog, Jersey, craft coffee, and creative traveling. 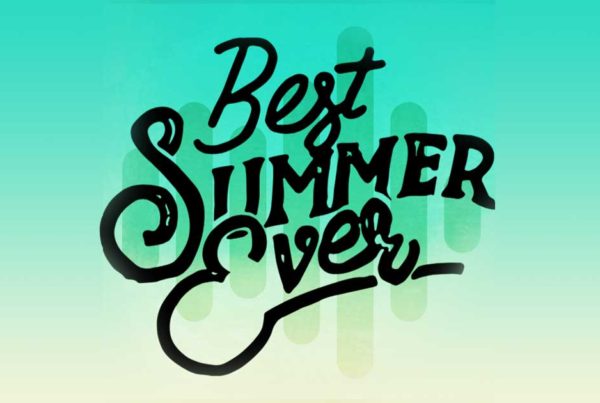 What Jesus says about…